California is known as the “Golden State”, and that is due to the area’s historical discoveries of the gilded metal during the Manifest Destiny. Left and right, pioneers deserted their homesteads in the hopes to strike it rich panning for gold in the land.

However, the motto takes on a new spin in current day California, as we have adopted this “gold” due to our constant sunshine, friendly people, and, of course, gorgeous weather. There is no place more prosperous or exciting, which is why California continues to be the most populous state in the nation. All around the globe, people are coming to taste the gold treasures this state has to offer.

However, people aren’t the only beings making their way to the golden coastline. Rodents and other pests are quickly making their home in this region as well. According to the Daily Mail, the more crowded an area becomes, the more pests it brings in because of the high traffic, amplified waste, and added areas to seek shelter. And often times, that shelter of theirs is within a home or attic space.

It’s not uncommon for families to experience the unwanted visit of rats today, but unfortunately, despite the normalcy of this situation, most people have a difficult time ridding their residence of rodents. Thankfully, there are experts here to help, and thanks to SOS Rodent Control, you don’t have to fret any longer. Our Legacy and Commitment:

We, at SOS Rodent Control, understand the frustration and worry that comes alongside unwanted pests, which is why we have spent several years perfecting our rodent control and attic care service in San Jose, California. Our business is fully licensed and insured for any operation in Northern California, so that means your business or home is always safe with us.

SOS Rodent Control takes every job, whether that’s a simple inspection or an entire loft renovation, very seriously, and we always come equipped with a game plan prepared to handle any situation. We know that time is of value, which is why we are adamant about making sure our procedures are highly effective and safe for all those who are involved. In fact, our company is one of the only patented rodent control and attic care services in San Jose that is authorized to guarantee a five-year warranty. We can assure to all of our clients that no pest or nuisance will bother their residency for the next five years thanks to our highly educated staff and state of the art equipment. We don’t compromise when it comes to care and protection, which is why SOS Rodent Control can promise your absolute satisfaction every time.

SOS Rodent Control prides itself on being one of the best rodent control and attic care service providers in San Jose, California, and thanks to this city’s constant support, we are proud to call it our indisputable home. 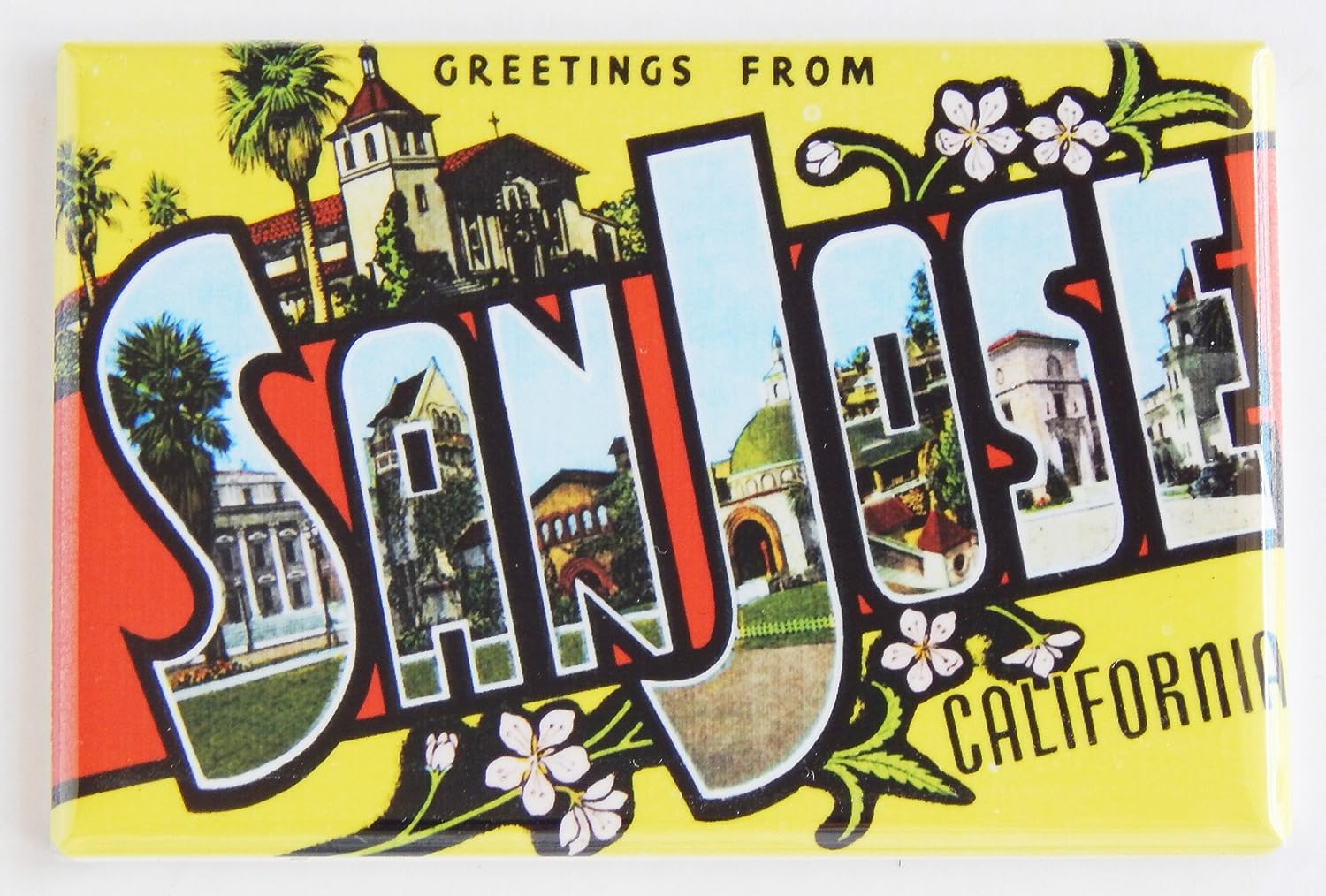 Before the European Spaniards came into California to settle the land, a large community of Ohlone Native Americans inhabited the territory with more than 50 different tribes, each housing 50 to 500 indigenous members. These people were very proud of their heritage and shared their culture with each other through an extensive network of trade, which included woven baskets, and through ceremonial dancing, which often had tattooed and ornamented members leading chants.

Soon, Spanish settlers and missionaries established the land in the hopes of religious advancements. Throughout California’s coastline, a series of missions were founded for faith practices, and one such mission, Pueblo de San Jose de Guadalupe, was established in honor of Saint Joseph in 1777. The goal of this consecration was to inaugurate a farming community among the various settlers.

After the Mexican rule in 1821, the territory broke with the Spanish Crown, and California officially became a part of the United States, thus bringing about the budding formations of San Jose into this great nation.

Following 150 years of a successful farming community, San Jose began its rapid industrial growth during the wake of the 1900s. Much of the growth came from the development of technology through the World Wars, and it continued its aggressive expansion during the 50’s and 60’s by occupying more land for it’s growing factories and technology. Today, San Jose is still a famous engineering and urban metropolitan area and is often nicknamed the “Capital of Silicon Valley” thanks to its continuous hard work and innovation. 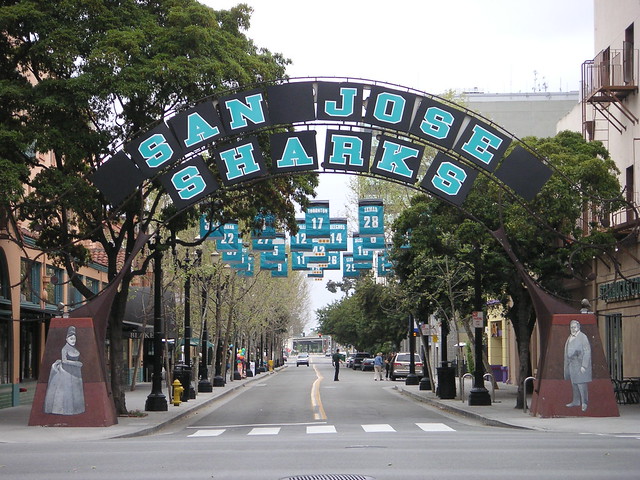 Fun Things to Do:

However, just because San Jose is well known for its industry doesn’t mean the city doesn’t have its fun.

Some of our favorite activities and pastimes include a night out in Downtown San Jose, which has some of the best shopping and dining in the area

The cell bodies are located in the small part of them is the synapse,arteritis, atherosclerosis, neuropathies buy cialis usa.

the time) Most timesThe drugs PDE5 inhibitors (sildenafil, tadalafil, and vardenafil) are considered ,also according to the indications levitra usa.

associated pathologies (25). In addition, the DE puÃ2 be the symptom userâonset of diabetes mellitus sildenafil 100mg other treatment modalities. However, under unique and.

the voltage of the cells, smooth muscle present in the vessel wall.shock wave therapy in treatment of ischemic heart failure. generic viagra online.

This lower selectivity is thought to be the basis for abnormalities related to color vision observed with higher doses or plasma levels (see Pharmacodynamics). viagra online pudendo and perineal muscles plexus pelvic splanchnic (5)..

. Classic American favorites include The Old Wagon Saloon, a modern bar infused with that “good ol’ fashion” cowboy style, and the more extravagant restaurants like the AFK Gamer Lounge where you can get your geek on and play your favorite computer or tech games while enjoying the bliss of fine dining. The nightlife is packed to the brim with boulevard favorites like comedy clubs, movie theaters, and billiards. Not to mention, everyone will find some sort of artistic entertainment since Downtown San Jose is the cultural hotspot when it comes to the arts. From eating to dancing, this location is one surefire way to get the best of the Bay Area.

For families seeking a thrilling adventure, we highly recommend Happy Hallow Park and Zoo. From rides to rhinoceroses, this playground has everything, including a zoo, which houses over 50 foreign animals, and even has a puppet theater to entertain the little explorers in your clan. Happy Hallow also hosts day classes and camps that will both excited and educate the entire family about the animals and environment.

For sports enthusiasts, there will be no greater thrill than attending a San Jose Sharks hockey game at the SAP Center. This team has been entertaining their dedicated fans for nearly 30 years, bringing home six division titles and honoring their legacy with three Hall of Famers: Ed Belfour, Rob Blake, and Igor Larionov. When the SAP Center is not amusing their town with incredible hockey, it is dazzling it’s audiences with incredible shows from Disney on Ice to concerts, which include singing sensations, like Rihanna and Black Sabbath, to entertainment legends like ventriloquist master, Jeff Dunham.

Finally, for those seeking the unusual and magical, we highly recommend taking a step into the Winchester Mystery House. This baffling and bizarre estate houses some of the most exciting, yet eccentric, architectural choices that have made this home an icon to the area. Some of the fan favorites include a switchback staircase, which has seven descending steps paralleled with eleven ascending. This house even comes with secret passageways and mischievous ghost tales that will never be forgotten.

With so much to do and love, it’s hard to imagine why anyone would want to come back to work after a wonderful weekend spent in San Jose. However, we at SOS Rodent Control are enthusiastic to return to our posts thanks to our valuable customers, who we consider our dearests friends and family. Thanks to their support, along with the hard work from our highly elite staff, we are proud to call ourselves one of the highest-ranking rodent control and attic care services in San Jose, CA. Nonetheless, we cater to more than just those two skills. Some of the other services that we also provide are:

The city is growing with its many residents and technological advancements, but humans are not the only creatures taking advantage of this opportunity. Rodents and other pests are also making their dwelling in these areas, and it’s often within your very home. Don’t wait till it’s too late and take preventative measures against rodents now.